Rahima Shiba Inus and Lowchens are in Preston Lancs.

We  show the shiba's all over the uk.We have made up champions in both Lowchens and  Shibas .We have had champions in German Spitz Mittle  My daughters have the Phixon affix . Charlotte also shows Dogs with  the Vormund affix.

DESCRIPTION
The Shiba Inu is a typical northern dog breed, with a
moderately compact,powerful body, a curled tail and small erect ears. Shiba
Inu's move with speed and agility in a smooth, effortless gait. They have a good
natured, bold expression.


BREED HISTORY
The Shiba Inu also called
the Shiba Ken is the smallest of the six original and distinct breeds of dog
from Japan.A small, agile dog that copes very well with mountainous terrain, the
Shiba Inu was originally bred for hunting.It is similar in appearance to the
Akita, though much smaller in stature.Inu is the Japanese word for dog, but the
origin of the prefix "Shiba" is less clear. The word Shiba usually refers to a
type of red shrub. This leads some to believe that the Shiba was named
with this in mind, either because the dogs were used to hunt in wild shrubs, or
because the most common color of the Shiba Inu is a red color similar to that of
the shrubs. However, in old Japanese, the word Shiba also had the meaning of
"small", thus this might be a reference to the dog's small size. Therefore, the
Shiba Inu is sometimes translated as "Little Brushwood Dog". 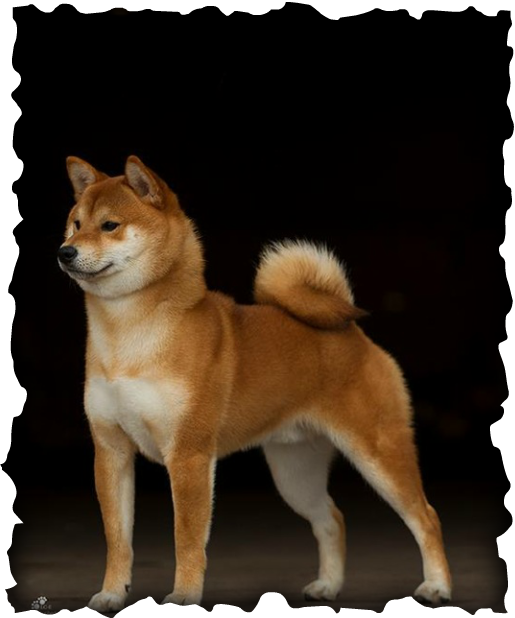 He ended it with Group 4 at Buba
Along the way he won. Group 1 Blackpool Group 2 Richmond Group3 Belfast 11 ccs and in 2013 he will be in the KC Junior Warrent Finals at CRUFTS ......2013 just got better John Paul got 10ccs he also went  to amsterdam all winners were
he got bob and group 2 .2014 He went to the club show and gained his 23 rd cc and
bob then onto Crufts were he got the dcc and bob this was his 24 cc and he is
now the dog breed record holder.